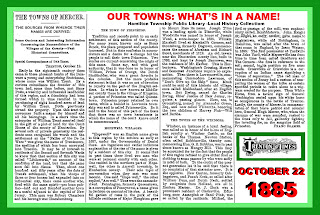 This is a truly historic artiicle which tells the derivation of the names of Mercer County's town names. Over the many years I have been doing local history research, the fascinating story of Hopewell and Amwell keeps appearing in different articles from various years. This is one of them, as is the reference to "LIttleworth" a name that was given to today's Trenton in the very distant past.
Posted by Tom Glover at 8:03 PM No comments: Links to this post 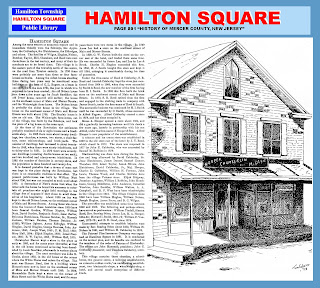 I'm sure future generations will be very happy to know that this "bare bones" history and nostalgia website was created. Assuming that this technology remains the same over future generations, there will be countless future historians, scholars, genealogists, and other like minded history lovers to vist these pages.  Unfortunately there are a number of graphics from the 2010 era that will not show the graphic I originally posted. Through some glitch on my or Google's part, they were removed and replaced by a triangle with an ! in the middle. It would take an excessive amount of time for me to go back and repost the graphics. Accordingly I am asking anyone who encounters the afrorementioned triangle to go to the top of the page and enter the EXACT entry including punctuation and email me at tglover320@optimum.net and I will attempt to re-install the graphic. This site will soon receive its one millionth visit and I humbly submit is  great site for historic research and local history.

Posted by Tom Glover at 10:35 AM No comments: Links to this post 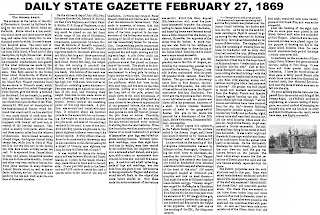